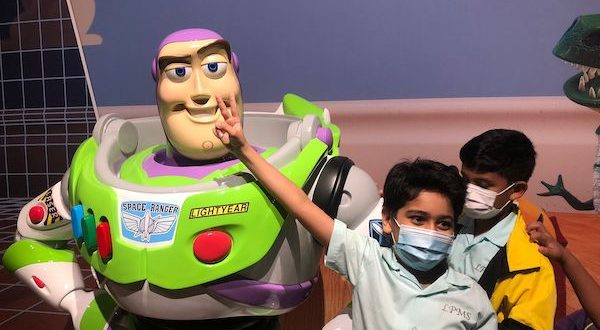 This month, our Secondary tutors are discussing motivation and engagement in their monthly professional development workshop. In this post, Chatteris’ own Derron Ankers shares his top tip for getting your students gripped.

If you take a moment to reflect on your own language learning experiences at school, there is no doubt in my mind that you will be taken back to a multicoloured classroom with wall displays featuring baguettes, berets, sombreros, castanets and a medley of “key” vocabulary plastered all over the walls, never to be used again. I’ll wager that you associate this experience with boredom, endless grammar practice and an eccentric languages teacher who vehemently stressed the uselessness of Google Translate. While all these things are proven to be effective in supporting second language learning, it still begs the question – why were the majority of us so disengaged and dissuaded from learning a foreign language at school?

While teaching Spanish at a school in the UK as part of my teaching qualification, I conducted a study into how we can positively influence the next generation of language learners and increase their motivation for second-language learning through the use of popular culture resources.

Teaching the next generation of language learners does not come without its challenges. I believe it goes without saying that the relationship between students and technology can be best described as symbiotic (or parasitic?). As is the nature of the world we live in, our students have been exposed to technology since the day they were born, some were practically raised by it. But what exactly does this mean when it comes to designing our lesson plans? When researching students’ interests, among them were streaming services, social media, gaming and memes. But unfortunately, it isn’t enough to simply incorporate a Youtube video or Tiktok into a lesson plan and hope for a newly found love of language learning – there’s a little more to it than that.

What is motivation anyway?

First, we need to understand what exactly is at play when we are talking about motivation. Within my study, I focused my study around self-determination theory (SDT). Liam Printer states “SDT provides a motivational lens through which second language motivation can be explored.” It is stated that through the satisfaction of three psychological needs, an enhanced and improved motivation within a classroom can be achieved. These three psychological needs are defined as: autonomy, relatedness, and competence.  Now you may switch off at this point, but I promise it is much more interesting than it sounds!

Have you ever wondered how people can spend hours and hours playing video games and yet as soon as you mention housework or homework, it sends people into an apathetic frenzy of disgust and disinterest? In a 2010 article entitled: A motivational model of video game engagement, A Przybylski sets out a quantitative investigation into the motivations behind video games, as a means of understanding: why are people so motivated to play video games? The findings within A Przybylski’s article concluded that the reason motivation to play videogames is so prevalent, is because they tap into these fundamental need-based motivational processes: autonomy, relatedness and competence, resulting in players who are “intrinsically motivated”.

So it begs the question – which is more important? Intrinsically motivated students, or extrinsically motivated students? Surely it doesn’t matter as long as they’re motivated right? If you’re thinking ‘yes’, I hope you reconsider. Extrinsic motivation refers to bribing, punishment or instilling fear as a means of getting results. Expectedly, this isn’t going to foster a positive relationship with second language learning, and we should stray away from this as much as possible.

Leading their own learning

For my study, I decided to set out a plan that revolved around the satisfaction of those three psychological needs. The project was collaborative between myself and the students (relatedness, to one another), and gave them the opportunity to take control of their own learning (autonomy, through control). The students brought with them a range of resources to every lesson. These would include YouTube videos, TikToks, music, memes, or any consumable media they could find in the target language (competence through positive feedback and through exhibiting their contributions). The students brought in the strangest things they could find, my favourite being a Spanish version of Sweet Caroline. There is something about a classroom full of 13 year olds belting out “Dulce Carolina” that just puts you in a good mood.

The findings were surprising as they demonstrated over the course of the weeks how the students were becoming more intrinsically motivated to learn as their psychological needs were being satisfied. Laughter, banter and even singing – in a foreign language lesson? Who would have thought it? They even demonstrated negative behaviours once those feelings were thwarted, such as complaining, wanting the project to continue and outright refusal to complete normal classwork (oh UK schools).

Memes: the key to student motivation?

So, in summary. Can we increase motivation and engagement for learning English through introducing target-language pop culture resources? Absolutely! And here is how you can do it by focusing on those three fundamental needs-based fundamental processes:

If you’re struggling with engagement and motivation from your students (especially secondary level), this could be a short-term plan to get your students back on side and instil a positive affiliation towards learning a second language.

Are you interested in developing your teaching skills by learning from your students, like Derron? Apply now to become a Chatteris Tutor.